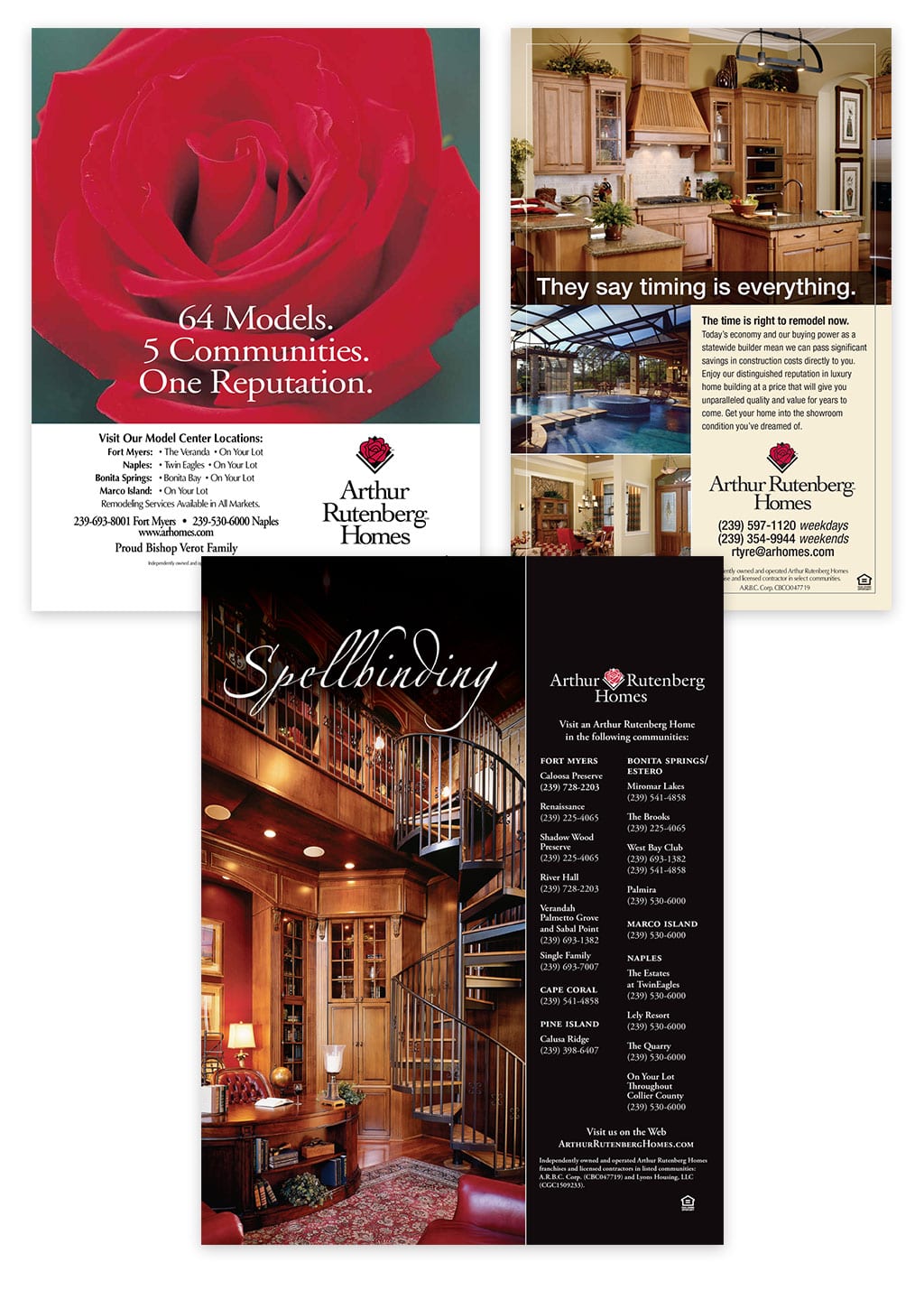 Spiro & Associates has worked with A.R.B.C. Corp. and Lyons Housing, both Arthur Rutenberg Homes franchises in Southwest Florida, since the early 2000s providing marketing, advertising and public relations expertise for numerous projects. From print and online ads, brochures, outdoor advertising and promotional articles, the Agency has successfully helped both award-winning builders in their continued success as two of the most respected Arthur Rutenberg Homes franchises in Florida.

Spiro & Associates also spearheaded the Arthur Rutenberg Homes fundraising events for several years that ultimately raised hundreds of thousands of dollars for local charitable organizations. A.R.B.C. and Lyons were two of the builders that participated in the Building Better Lives program whereby they would donate $1,000 for every home they sold in Southwest Florida between Nov. 1 and March 31 of every year. An additional $1,000 was donated when the home sale was $1 million or more. The Agency’s services were provided pro bono, and the event would go on to win a Pinnacle Award from the local Building Industry Association for Best Charitable or Community Event of the Year.

The Agency was also instrumental in creating and managing an event for Lyons Housing in 2014 to call attention to the first model the company had built in more than three years – the Valencia in the world-class community of Miromar Lakes Beach & Golf Club. The Brand Architects® created a dimensional invitation and a grand opening event themed around the model’s Spanish name. The invitation was a direct marketing piece that contained a corkscrew with the Lyons logo nested in a custom box that invited guests to bring the corkscrew to the event, open up a discussion and enjoy a selection of Spanish tapas and wines. More than 75 guests attended, and sales of two homes at price points above $1 million were directly attributed to the affair, with several other sales following.