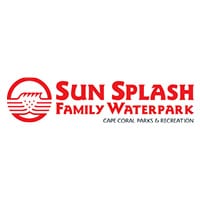 Sun Splash Family Waterpark is a 12-acre, full-service park with multiple slides, a wading river, several pools, food and beverage service, lockers and restrooms, and sand volleyball. The park is owned and operated by the City of Cape Coral, and had little-to-no recognition in the late 1990s. The City was missing out not only on tourists’ dollars but on local residents and guests as well. The City approached the Agency for its marketing expertise in creating and executing a long-term marketing program that would bring the park out of its continued operating deficit. Since we had already been working for the City on a number of other projects (economic development and parks and recreation among them), we were a natural fit.

The Agency created an aggressive advertising and marketing campaign, initially used for local print ads and later expanded into a full range of marketing materials for use statewide. A full slate of marketing channels were used, including print, outdoor, online, broadcast and events. We then created fun and entertaining characters – Captain H2O and his son, Splash — to bring the messages and the park alive. Their mission: to end summer boredom and lead the charge of sliding into a unique adventure that only Sun Splash could provide. The Agency concentrated its efforts first on the local market to raise awareness and persuade more people to visit the park, and soon took the messages statewide, making the park a serious contender as a vacation destination. The messages and branding created a sense of fun and adventure.

Today, Sun Splash Family Waterpark is popular throughout the state, and operates without a deficit. The Captain H2O and Splash characters have become wildly popular. The images and brand quickly made a connection with the target audiences, allowing them to see themselves having a day of super-hero fun and adventure at the area’s largest water park — right in their own backyard. The captain and his son were especially effective for billboards, TV and radio, the latter which would become an award-winning spot. (Subsequent to this Case Study, and because the goals were accomplished, the Agency opted out of renewing its contract with the City. Another marketing firm has a different campaign.)