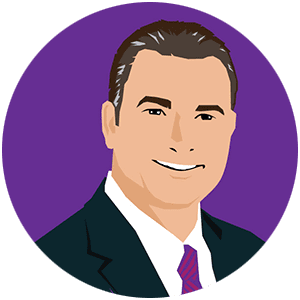 Meet Bill Turner, the Brand Architect™ whom we turn to — period. As Chief Operating Officer, he has become an instant leader and the go-to guy for a plethora of operations, including Agency/Client collaboration, local relationships, and Agency growth and finance — an industry he just can’t seem to escape. He and our CEO live their lives on three primary principals: the early bird catches the worm, you’re never fully dressed without a tie and the only team worth rooting for is the Florida Gators. Bill also prides himself on being well-rounded, a quality that we have come to know well, since he stepped into his position roughly four months ago. You see, you must understand the essence of Bill’s character to understand how much influence he can have on an Agency in such a short period of time — and the person we ultimately have to thank for the way his life has most uniquely unfolded.

I guess you could say that Bill’s childhood years were just like everyone else’s — but you would be oh so wrong. Unless, of course, you define ordinary as having sang with the national all-star boys’ choir for President & Mrs. Reagan’s 1982 White House Christmas Gala ­— or serving as a Page in the U.S. Congress under then-Congressman Bill McCollum. For those of you who tend to follow politics, Bill McCollum went on to become the Attorney General for the State of Florida. So, basically, Bill is kind of a big deal.

Bill Turner: The One Who Was Struck by Cupid’s Arrow

Now, most of us have fallen in love at some point – but not all of us have fallen as hard as Bill. He once had a fully fleshed out plan – go to the University of Florida, major in history and become a lawyer or professor. Sounds simple enough, right? But when a young woman by the name of Suzanne — who eventually became his wife — came along, the plan became null and void, as they say in most courtrooms. It was then that he began to study public relations — another love that he would one day not be able to turn his back on. But somehow, we cannot really say for sure how, his talent for crunching numbers took him into the banking world, while keeping his public relations skillset top of mind — a clever and lucky move for both him and us.

If there is anything that the Brand Architects have learned from Mr. Bill Turner, it’s that he does not do absolutely anything halfheartedly. So, when he committed to banking, that meant 19 years in a variety of positions, such as Senior Vice President of Commercial Lending, Vice President of Commercial Banking, Commercial Loan Officer and Corporate Trainer — because, you know, why not? So, when are we getting to the good part where Bill sneaks back into the public relations field? Right now! Two years ago, he joined Encore Bank as Vice President of Branch Administration, managing six branches AND overseeing public relations, advertising and marketing efforts. Phew! And then, after being reminded of just how much fun public relations can be (told him so), he discovered he could not fight the urge any longer and came to work for us.

More than anything else, Spiro & Associates is about forming and maintaining relationships — one of the many reasons that we have patiently waited to take on someone like Bill. He has served on the Board of Directors of the Estero Chamber of Commerce, President of the Southwest Florida Gator Club (obviously), Lee County Chair for the March of Dimes’ March for Babies, and President of the Edison Festival of Light (if this sounds familiar, it is because Lynsey Yuknus’ artwork was featured at the 2016 event), as well as the Foundation for Lee County Public Schools’ Golden Apple Teacher selection committee.

As Chief Operations Officer, Bill proves that no job is ever too big or small for anyone in the office. Whether that means investing in a water cooler, ordering pizza, cleaning out the closet, buying more Keurig coffee pods and reorganizing our database, he has demonstrated that we are a team that deserves every resource that helps us to better serve our clients with the energy that they have come to expect.

And since our excitement at the thought of Bill finally donning one of our business cards has yet to dwindle, we are willing to share him. But there’s a catch — you have to chant “BT” when you see him. Trust us, he likes it.