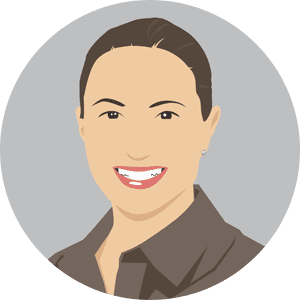 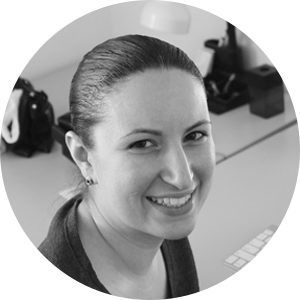 Meet Kaitlin Cangro, a public relations specialist best known around the office for a wide assortment of press releases and blog posts, dozens of media lists, an up-to-the-ceiling pile of notes, several hundred daily walks to the printer – or so it seems — and an ever-growing trail of e-mails that are so frequent that

they have become the brunt of countless jokes at many Monday morning meetings. She became a Brand Architect™ in late 2016 after submitting her resume and cover letter by way of FedEx. To date, we have become quite fond of the young woman who often sports blue jeans, half-sleeved shirts and a trademark hair bun, and on the week of her one-year anniversary of her Agency employment, we look forward to telling you why.

Start of Something Good

Kaitlin’s communications career was slightly different from the traditional route many public relations professionals choose to take. After a glimpse into boutique agency life at a Washington, D.C.-area firm, she made her way back to her home state of New York, where she was introduced to the nonprofit sector of marketing, creating brochure content, e-newsletters and the like, as well as trying her hand at small business relations.

While Kaitlin was obtaining a wealth of industry-related knowledge, something about destroying all four of her tires while journeying to her office in the relentless ice and snow — and memories of those 3.5 unbearably cold years at Penn State — brought her to the Sunshine State. It was right here in Fort Myers that she took on a line producing position with a CBS-affiliated television station, creating newscasts and editing audio and video for other ones.

But then, the PR gods called upon Kaitlin, once again. She was looking to strategize, write, edit and more — and fortunately for her, we knew of an ideal, action-packed workplace with some pretty cool characters, if we do say so ourselves.

It has been 366 days, and the Agency is pleased to say that Kaitlin is still one of us — eyes aimed at the computer, pen in hand, phone to her ear and ideas consistently flowing. She engages with our clients, brainstorms with her fellow writers and interacts with media representatives — all while attending everyone’s favorite graduate school, University of Florida, another piece of evidence that Gators are, in fact, taking over. But when she is out of the office, just check your phone, you probably have an e-mail from her … or two … or three … or sometimes four … unless it is a holiday or a Thursday, in which case maybe you will get away with five or six.

Kaitlin’s honeymoon phase at the Agency may be ending — but there is another on the horizon later this year (that is a hint at her next major life event). Way to go, Kaitlin!