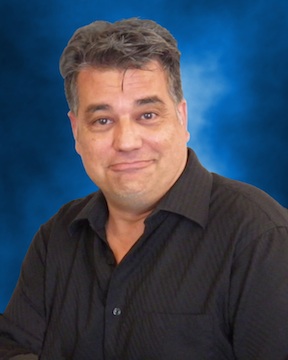 Some would say Robert Armstrong is quite the character. And they wouldn’t be too far off the mark, as our Creative Director has acted in six stage productions with The Naples Players at Sugden Community Theater. He also appeared in an episode of “Magic City,” a Starz Network original series set in 1959
Miami – picture Miami’s golden age of Art Deco, glitz, classic clothes and vintage vehicles.

Just like his on-stage and on-screen gigs, his career also has been a class act all the way.

Robert is a Brand Architect whose marketing and advertising experience spans decades of some really cool assignments, including being a copyeditor at TV Guide.

Sometime after graduating from Stanford University in California with a Bachelor of Arts Degree in Political Science and Spanish, he crisscrossed the country to the east coast. That’s where he landed his first real “agency gig” in 2001 with Munroe Creative Partners, a division of Earle Palmer Brown, bouncing between its Philly and New York offices as senior copywriter.

Born and raised in suburban Philadelphia, he moved to Naples in 2006 where he was a copy writing director for an ad agency and accomplished some kick-ass award-winning work in his first year. He joined Spiro & Associates in 2015.

Here’s an interesting tidbit you can talk to Robert about: He was one of two finalists in J. Walter Thompson’s national copywriter search. In case you didn’t know it’s kind of a big deal because J. Walter Thompson is one of the world’s best-known marketing communications brand that has been building enduring brands and business for more than 150 years.