SOS Feed the Cape Fundraiser is on! 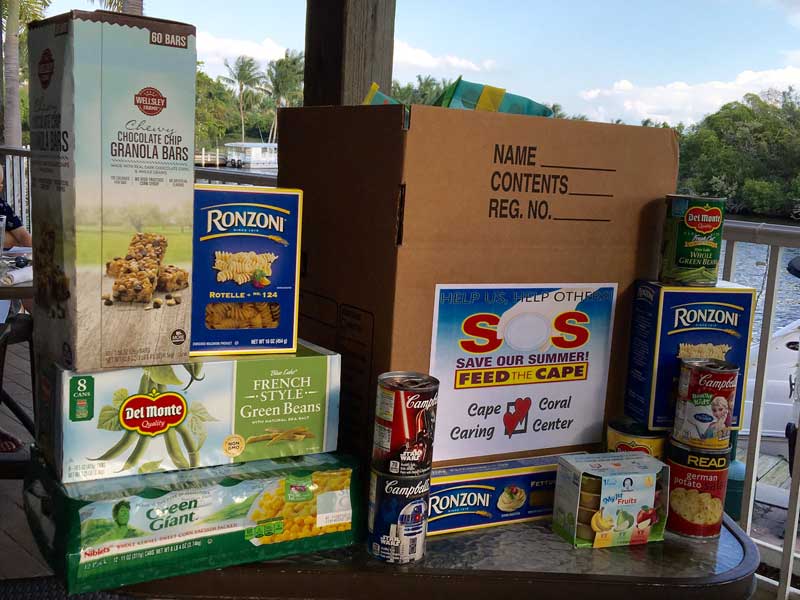 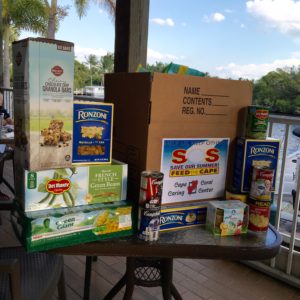 Spiro & Associates welcomingly helped to kick off the 4th Annual Save Our Summer Feed the Cape kickoff event today at the wonderful Rummrunners restaurant in the Cape Harbour community in Cape Coral.

Chris Spiro hosted the big event, and several other Agency pros also attended and chipped in with donations.

Every year, the campaign raises food and financial donations to benefit Cape Coral Caring Center, which typically experiences an uptick in the number of clients it serves during summer months but a downturn in pantry goods and monetary donations.

Hundreds of guests learned more about how the campaign is making a difference in the community, while enjoying complimentary food and beverages. They also donated generously with both cash and nonperishable foods. Some of the guests included Mayor Marni Sawicki, Kelsi Bevington representing Junior Leadership Cape Coral, Paul Csotty of Midwest Food Bank, Gloria Tate of Raso Realty, and Mick Sheldrake of Cape Coral Kiwanis Foundation.

“Working families struggle during the summer months, so we want to make sure they have plenty of healthy food so no one has to know hunger,” said Julie Ferguson, Cape Coral Caring Center executive director. 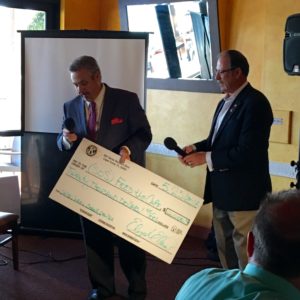 The one-night’s take totaled $27,000 in cash alone, including a single donation of $20,000 – a very large “thank you” goes out to Cape Coral Kiwanis for that! Plus, 8,000 pounds of food delivered by Midwest Food Bank – to put that poundage in perspective, think about two large old-school Cadillacs side by side.

Or about the same amount of food, supplies, equipment and scientific research carried by an Atlas V rocket from Cape Canaveral Air Force Station in Florida to American and Russian astronauts at the International Space Station a few months ago.

Julie says it takes that amount and then some for the Caring Center to meet its mission of feeding the community’s hungriest families during the summer months, especially those children who typically enjoy free breakfast and lunch during the school year.

Julie also pointed out that the Cape Coral Caring Center doled out 79 tons of food in 2015 and expects this year to be no different, and probably surpassing that figure.

SOS Feed the Cape got its start in 2012 when a few people got together because they wanted to do something about helping to feed children during the summer. This year’s kick-off cash donations outpaced last year’s by $10,000, and the tons of food already donated matched total food collections in 2015.

It is interesting to note that the Cape Coral Caring Center has the resources and connections to turn that $20,000 raised into $60,000 worth of healthy food. 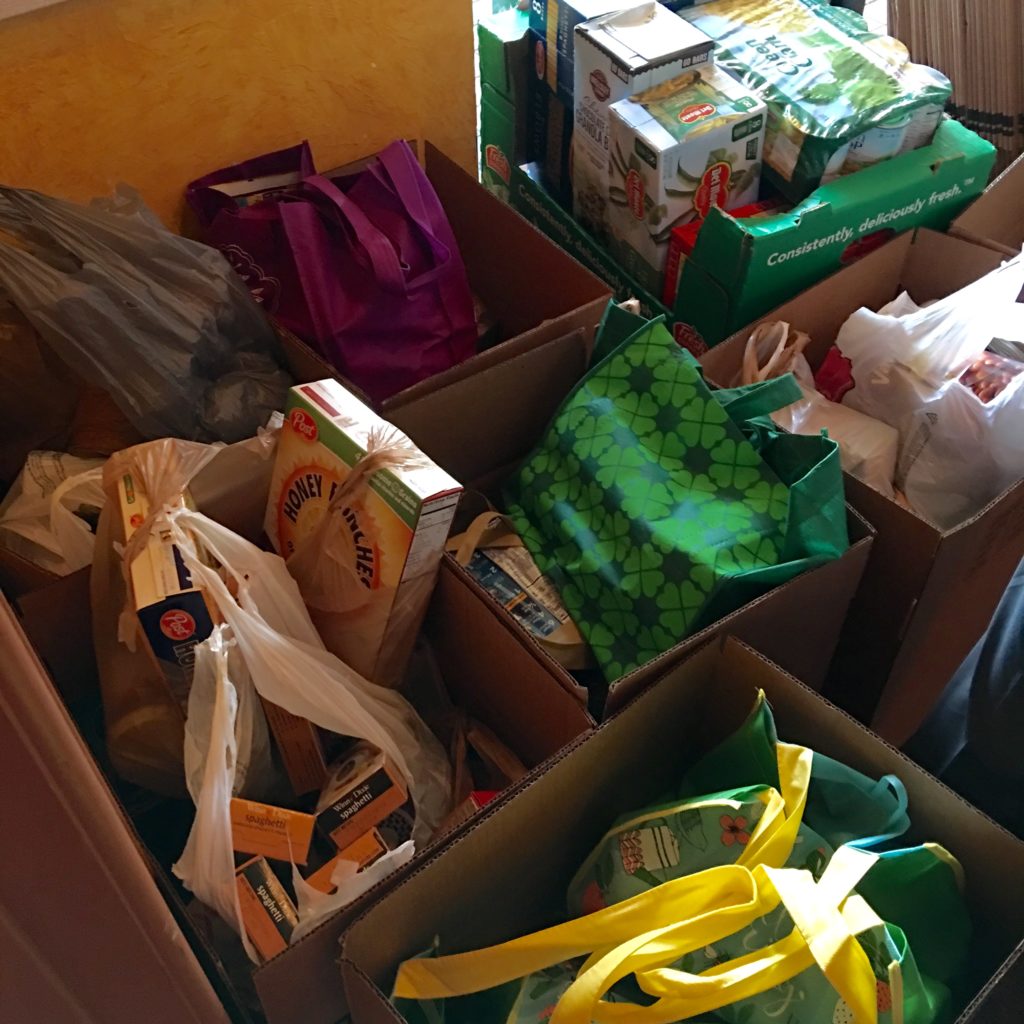 The next SOS event is the return of the popular “Feed the Cape Summer Smackdown.”

Participants will meet June 23 at Dixie Roadhouse in downtown Cape Coral for a head-to-head contest that will determine which organization is most adept at delivering the “knockout punch” to battle hunger.

Organizations already lined up to participate include:

Chamber of Commerce of Cape Coral

Members of each of these teams are already collecting donations for the Smackdown event of the year that begins at 5 p.m at Dixie Roadhouse. The team that brings in the most goods and cash will earn the coveted bragging rights of being the 2016 Smackdown Winner. The others will sheepishly turn away knowing they did they best, but there is only one Number 1 spot available. (kidding!)

So what does all this mean for you, Spiro Blog readers? How about joining the effort by donating food or money through August 10? Donations of food, staples, grocery store gift cards, and essentials such as diapers and pet food that you may not have thought about.

For more information, call the Cape Coral Caring Center at 945-1927, and visit capecoracaringcenter.org for a list of all the donation collection points. You can also make a donation online at FeedtheCape.com. Follow the journey at facebook.com/capecoralcaringcenter.